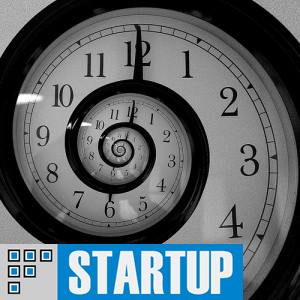 Back Into the Future

March 8. CEO announce that we have an opportunity to sign a partnership with all the Malls in town:

-In order to make the deal, we just need to give them a simple mobile application. But we need it in one month! said CEO delighted.

-With all due respect, do you remember, last year I come with the same idea and you said it has no future? I ask.
-With those plans the application didn’t make sense then, but now it makes sense!
-Well, we don’t have anymore a mobile team to make the project… Did you forget the team was dissolved because was considered low priority?
-Ignore the fact we don’t have a team to make the project… We need a vision! Look how the guys from the Apple did, said CEO triumphant.
-Sincerely, neither Delphi Oracle can’t help us with a vision to save us! What we need right now is not vision, but a miracle!
-We will find a solution…

The story with “We will find a solution” sounds like a scene from a cheap action movie, where the hero has “nine lives” and despite he is hit by train or his plane explode, he manages somehow to find a solution to survive… In day to day life, once a plane explodes, nobody survives and, sometimes in life, a single mistake once made, cannot be undone unless we move back in time and repair the mistake. Our situation is similar: we are very close to bankruptcy, we don’t have “nine lives” and our future depends on a decision taken in the past. If we could turn back the time and change that decision, maybe we could have a chance to survive.

How did we get here? The answer is found in one of the discussions I had with COO one year ago:

-According to our plan, we need to start development of mobile applications. So we need a mobile team. If we start the hiring process right now, we could hope in one year or maybe less we will have the first results.

-Do we really need a mobile team now? No! When we will need one, we will find a solution… Hiring the mobile team has low priority.

(I don’t remember how many curses I addressed to the COO, but he eventually approved to hire few people and so we could start developing mobile applications.)

But the mobile project has remained until today a “low priority” and we haven’t ever finished the mobile project according to plan. The mobile team, instead to evolve and grow, it was disolved step by step. And today, the last “pirate” from mobile team announce his resignation because he received a better offer from another company. We couldn’t make a counteroffer, because our company doesn’t have money to pay the electricity bill from the air conditioning… so I was forced to accept his resignation… In other words, here ends the story with our mobile team and with the “project for Malls”, which could have saved our company.

The lesson learned from this experience was: you always need to be cautious when is about of long term investment, especially in people. People, on long term, forms competences. To develop a team, in a start-up is not an option: you want or you don’t, but is a must. I remember a quote: Always “Begin with the End in Mind” (The 7 Habits of Highly Effective People by Stephen Covey). In order to get some benefits and performance from a team, you need form it at least one year in advance (see phases of a team development according to Tuckman’s Theory)…

If I could turn back the time, probably using a time machine as in the movie Back into the Future, I would jump to the moment when was decided “the future” of the mobile team. But this time, I will negotiate the terms with one pistol in my hand:

-If we don’t hire the mobile team, there is the risk our product won’t be available on mobile platforms next year. Development should start now.

So I rise my pistol in the air: -Don’t move, I am from the Future, you will do as I said and everything will be just fine! You will hire those people because next year you will desperate need them!

In reality, I didn’t manage to change neither The Past neither The Future. The partnership with Malls was no longer possible, we lost the contract opportunity and it followed the F-Startup bankrupcy.

Previous: I have nothing to lose.