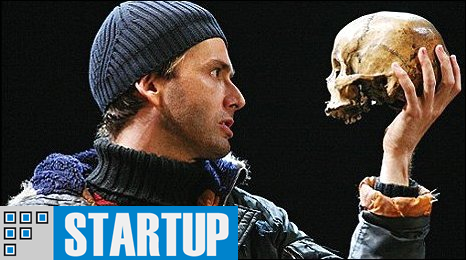 Project Manager – To be or not to be?

Posted on September 10, 2012 by ThePMJournal

Before things went wrong in F-Startup, I didn’t realized how important are the organizational process assets and implementation of best practices of Project Management in an organization, until F-Startup encountered some financial difficulties. When the cost problems were revealed, also problems related to poor organization appeared and we experienced delivery delays, conflicts, missing motivation, huge costs, fired people and other unwanted results.

In my sincerity, I was thinking what is happening to us is just a consequence of financial problems, but never thought was due to poor Management. I have seen, in big companies, how Project Managers don’t apply any rules or regulations, but still they have decent performance. However, in our startup, the inadequate project management lead us to a slow and certain failure.

Project’s Sponsor always dictated Project Management rules and the way how they are applied. In other words the Project Manager was a simple puppet in his hand. If Sponsor considered the priorities of the project need to be changed, they were changed, if he wanted to change the project scope, then all the changes were approved no matter the impact was, if he want to change the processes of internal development he did it without consulting the PM. In other words the Sponsor dictated the way Project Manager should do his job.

At that time, I was also playing the role of Project Manager beside the Product Manager role and I tried to explain Sponsor my dilemma:

-Your rules conflicts with best practice of Project Management. As PM I have the ethic and professional obligation to act in the interest of the company and to apply the best practice of project management no matter what I am told!

The Sponsor, unaffected by my conflict of interest, said:

-If you don’t like my rules, you can quit!

Knowing that a conflict with Sponsor could mean the failure of entire project, I accepted the situation.

Then, I spoke with my senior engineers:

-He drives me crazy! He imposes the way of working and he didn’t assume the poor results due to his actions. Our company is going down and the only thing recommend me is to resign…

My colleagues were shocked.

-Brother, what is your role in this story? Can’t you take action? Go and talk directly with the shareholders… you, as a Product Manager, have direct access to them…

-If I do it, I declare opened war to my superior and to all the Experts from Marketing and Sales. They already hate me. They blame me for their incompetence to sell and to promote the product…

-Go and confront them! We all are on your side. If you need us, we come into the meeting and face them together. We don’t have anything to lose… we already have one foot in the grave!

Sustained by many colleagues, after several meetings and training sessions, I convinced the executive officers about the importance of rules and best practices of Project Management. Even my initiative was a success, proved to be too late for the salvation of the running projects and for the company. Because of low performance on marketing and sales, poor budget management of executives, the shareholders decided to stop the investment and all operations.

This experience learn me the following facts:

Knowing above facts, do you still want to be PM or not?

Next: A discussion with a marketing man.

Recommendations: Can tell anyone to a PM how do to his job?

Category: F-Startup, Management Tags: Conflict of Interest, Project Manager, Sponsor, Startup, To be or not to be