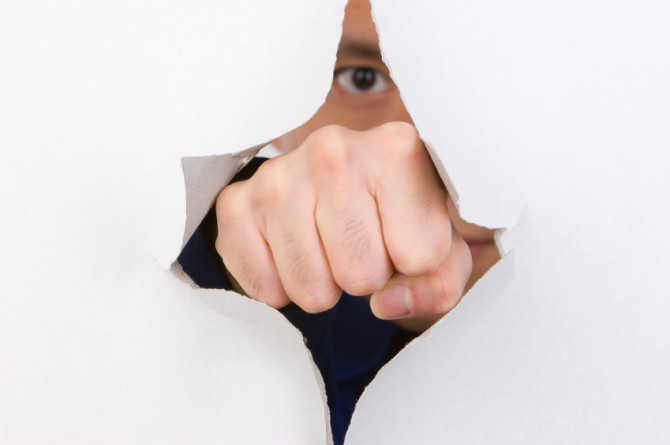 Conflicts from a different perspective

Posted on December 6, 2012 by ThePMJournal

Some studies say the main source of conflicts in companies are: organizational conflicts (when there is a discrepancy between actual and perceived values, needs and interests of individuals or groups of individuals), some studies says the economical conflicts (when companies lack the available resources) or conflicts about understanding the project objectives and scope are the most important (it may seem there is always an inconsistency between how a client, manager and employees understand the scope of work). All the source of conflicts mentioned above are equally important, however there is no unified opinion among experts regarding which is the key factor in conflicts. But for one thing I am certain: in all companies I worked before, regardless the type of conflict involved, the ugliest conflicts was due to improper communication.

Unlike the old management theories that support the idea that conflicts need to be avoided, new theories actually say that sometimes conflicts are good. If that’s true, it means I am working in the “best” company in the world, as conflicts are a status quo… Again studies say the lack of conflicts or conflicts below a certain “level” show a dysfunction within the company. In our company (F-Startup) we have nothing to worry about “dysfunction” because all “functions” are in disagreement, so we have conflicts above the “level”.

Conflict management theory speaks about several main techniques for conflict resolution: collaboration (first option), compromise (understanding based on common points), accommodation, withdrawal (when the stakes are small) and force (emergencies). In F-Startup, the conflicts generated by changing priorities and scope was devastating, as many conflicts led to major delays and unfortunately, th

e only way to settle this type of conflict was by force (with a bat baseball or intimidation: “If you don’t do as I say, you’re fired“).

Although we have experimented all the techniques resolutions above, I personally would not recommend using these techniques, except: collaboration and withdrawal technique, because they can’t do more harm, no matter how ugly the conflict is.

Here’s a situation where you can not apply any of the classic techniques for conflict resolution (you can not collaborate , can not reach a compromise , you can not withdraw and you can not act by force): Imagine that you have a conflict of opinions with a very difficult partner, who has weak arguments, but can not be convinced by a logical manner, has the same decision power or even higher than you, and yet you can not renounce, because the project depends on the decision adopted (the stakes are too high to give up the conflict). Knowing that the solution proposed by you is correct, but you can not apply any of the above techniques, how can you impose your opinion but also resolve the conflict? This kind of conflict I encountered many times in my career and many times I failed managing it, until I found the optimum approach. The most effective method of conflict resolution in this situation is to increase the circle of influence. ( If you can’t do it alone, then maybe bringing someone on your side you will get the desired results.)

Recent conflict management theories say that if conflicts are not present at all or below a certain threshold, it is recommended to be induced artificially in order to stimulate the competition! (It’s a bold theory, because decades ago this was considered an heresy.)

I decided to test this theory in a startup. Recent months, the F-Startup went through a series of financial problems, people lost their motivation, many had been laid off and on a background of uncertainty ” tomorrow ” initiative spirit and competition was lost for good. We faced the following problem: security component of one of our product was mediocre and nobody was trying enough to improve it. The conflict was a complex one: the only experts could improve application security did not admit their implementation is questionable, so no one had come up with a proposal for improvement, but also under permanent pressure from shareholders to deliver other priorities, no one afforded to spend time also for security improvement.

After reading about technique of inducing conflict (and thus of the competition), we held a contest for those who discover the most interesting ways to break security of our product. Since we had no funds to support such a contest, the awards were all my personal collection of PS3 games, Xbox and PC. Although initially the idea seemed silly, it was considered “brilliant”, as members of the various teams were beginning to express thoughts, to have divergent opinions and eventually lead to finding the most ingenious protection solutions.

So, we can conclude that, in some cases, the conflicts could be beneficial.

Recommendation: How important is communication?