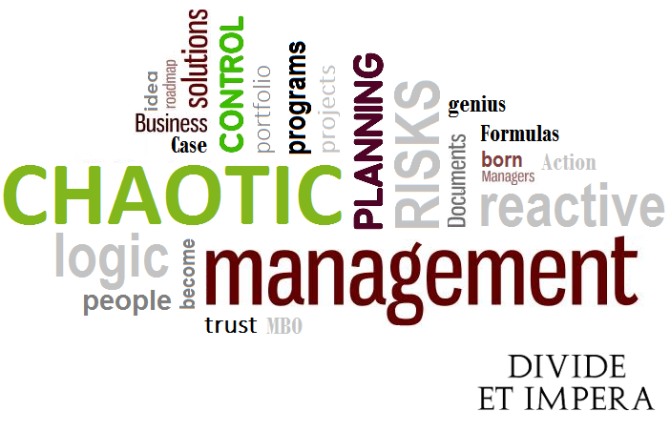 At the new company I worked, one of my colleagues, very disappointed about how decisions were taken in our company, has decided to write an article on the subject “Reactive Management”.

Knowing what means the word “reactive” in the current context, the subject captured my attention. Since the idea of reactive management is not new, I decided to shed a light on a number of aspects that justify the “reactive” behavior of some managers.

“No formula, no action taken!”

While in big corporations the things seem to work by themselves and apparently no one does special things to function in normal parameters, in small-medium companies for everything to work well it is needed a lot of work and a very carefully monitoring of all constraints (money, people, time, quality, procedures, etc). The reason things seem to work by themselves in big companies is because the management processes are very well-defined and optimized during many years of improvement.

Big companies always seems to have money to allocate for maintenance and optimisation of operational processes. By comparison, in small and medium companies, as our company is right now, the things never seem to work by themselves, we never have any money and the only investments we made are: salaries and fix assets (soft/hardware licenses, etc). In our company, people are always over allocated, every one wants to cut the costs and budget report meetings are like rams fights: everything ends with broken heads. The company survived in this way for nine years. It is remarkable everything worked well so long time, even without project management institution to manage the impressive projects portfolio.

But what is not surprising are the big losses, the dismissal of three series of executives and, now, the shareholders are desperate to bring the company on profit. After successive failures, was hired a new CEO with a special mission: “cutting cost no matter what“. He has made some important changes in the company: he created a Product Management department, then a Project Management department, then everything culminated with reorganization of all departments in such a way he can control every money spent in the company. His ideas was simple:

-Do you want money? Okay, then I want to see a business case: Why do you need 50K Eur on Marketing?

-Well, you know… I need the money to bring a new partnership contract.

-Good! How and when do we get the money back?

-Well… you don’t know… then you won’t see any money!

Recently hired, as a Project Management coordinator, I was welcomed with hostility by the “veteran” employee of the company, especially those people tired of management changes of late years. On the other hand, the reaction of directors, was divided:

-We won’t change anything! some said.

-Don’t we have anything else to do apart from theories such as Management by Objective (MBO), methodologies, organization? Let’s better to work than to waste time on presentations!

-Okay! But how can I control 25 projects run in parallel, if we don’t have rules, procedures, plans?

-Simple! We just work. We don’t need to stuck in: procedures, rules and plans!

In discussions I had with the author of the article, he confessed me the best Project Manager, who ever worked with, was doing Project Management in Notepad; he said the guy was a “genius”: the man noted his tasks in Notepad or on notebook or he memorized them (he should have had an elephant brain) and everything worked smoothly, without a rigorous project management.

Many times, what people understand by “genius” managers, are the opposite of “reactive” managers, because the last ones are considered mediocre, narrow-minded because they are bureaucrats, lead by templates and are afraid to act in the absence of rules.

The typology of the “genius” Project Manager, described by the author of article “Reactive Management”, reminds me by a “special” category of Project Managers, whom I encountered long time ago, at on one of the companies I worked for, as team coordinator. The job of a Project Manager, was to keep the track of the project no matter how: on a notebook, email or in the best case, in Notepad. A PM resembled very much like a shepherd who cares for his sheep (development teams). The sheep were feeding themselves, were walking alone (working alone), were producing milk, cheese, so the only concern for pastor was to protect the sheep by The Big Bad Wolf (the bad wolf representing “The Time”, “The Deadline” or the greedy client) . The “PM” pastors always had a “magical” cudgel, they occasionally hit the disobedient sheep with it, to go in the needed direction. The real work they had to do was “guarding” and imposing “fear” of cudgel. In this bucolic landscape, the Project Manager did nothing, but sit on the grass, admiring nature, while sheep chewed slowly and things were going well.

I detested “Project Management in Notepad”. When the company hired more and more “Notepad” managers, the things started to went wrong, but no one didn’t know why: the development became chaotic, inefficient, people were working overtime, the cost of the projects became bigger and bigger, and after a while, the owners of the company decided to fire almost all employees and to move the operations in China and India, to recover the losses.

The “genius” Managers, are managing activities in notepad or with a notebook is just a myth (see the chapter Who are The Experts?, from the Story of F-Startup, to see how really “genius” managers are). For a PM to be able to make his work in Notepad but still the results to be good, it is needed another “thousand” people to do his work.

At the previous company (F-Startup), my superior, a former “brilliant” PM, has told me once: “the title of project manager is something you are born with”; those “born” project managers are “genius” and those who learn project management are mediocre. He believed the management skills cannot be learn, the performance cannot be achieved by work, but considered “to be a good manager” is a born “ability”: some have it, some don’t. In the end, I left F-Startup forced by his unexpected bankruptcy.

Another myth about “genius” manager is “one who get the things done, no mater what“. What means “get things done“? Some say, this PM is some kind of “ninja” who strikes left and right two-three times and the problems are solved: project are delivered in time, but behind them remains damages like after a flood (people with broken heads, frustrated and demotivated).

Reactive management, my colleague’s article refers, is in conclusion dedicated to those people in management are not “able” to manage the situation without having a plan, a business case, without any documentation, without a method or prediction and not able to deal with the problems using “Notepad” or their innate instinct to solve complex situations.

I cannot deny the presence of “reactive” people in the organizations, but here is my opinion on what really means “reactive” in context of management.

“Reactive” managers are present everywhere at all the management levels. Why is that? Naturally, the main responsibility of a manager is to accomplish the objectives of the company. If the objectives of the company are not clearly defined or company has no clearly “defined” rules, the manager became “reactive”. To make an action in the absence of rules, a rigorous plan is not a weakness, but a positive treat, because means a good risk management. Moreover, the decisions are not taken but delayed deliberately, because a decision taken means assuming responsibility.

I personally like risks, I accept challenges, I can act without a plan, so according to definition I am not a “reactive” PM. “Reactive” management can indeed discourage initiatives, minimize opportunities because doesn’t accept risks, but offer a control and, in majority of cases, it is not damaging. In conclusion “reactive” management is harmless to an organization. However “reactive” management become disastrous in combination with another type of management, I call it “chaotic management”. Here are the features of the “chaotic” management:

Recommandations: When is about business, the logic fails. 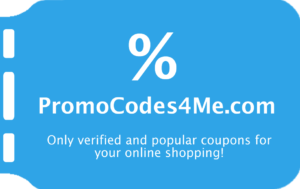